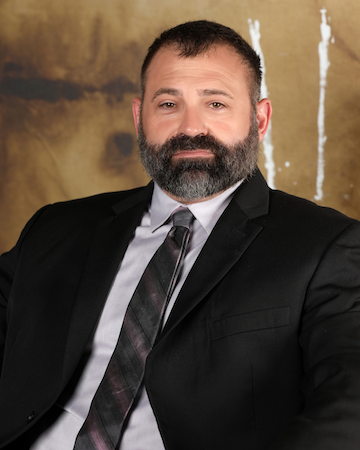 Brian Mastrofini has over 13 years in the Military, Airborne Ranger 2/75th, Bradley Master Gunner, and Combat Engineer Officer. He served many roles as a Ranger Team member, OCS Instructor, Platoon Leader, and an Executive Officer for an Engineer Company.

Brian’s carreer began by serving in the United States Army Elite Tier One Airborne Ranger Regiment. Brian served as a team member in Regiment as a M60 Crew Member and progressed to a M249 Squad Automatic Weapons Gunner. Brian then moved on to a Mechanized Unit where he was a Bradley Master Gunner assigned as the Company Commanders Gunner and Headquarters Company Platoon Sergeant. Eventually Brian pursued his bachelor’s degree and Commissioned through the Army Reserve Officers Training Corp at the University of Idaho. As a cadet, Brian was a Platoon Leader and once commissioned as an officer he was assigned to the company as an executive officer. Brian then moved onto Blackwater Security Consulting on Ambassador Paul Bremer’s protection detail and eventually moved on to the Worldwide Protective Services for the Department of State. Brian then trained Iraqi National Police Senior Management Training Course personnel at Camp Dublin. After training Brian moved on to work for EODT as a Guard Force Supervisor where he stood up a contract for the Special Forces base located on the Victory Base Complex. As Brian’s career progressed, he worked for several companies that included high threat protection, quality assurance and control MRAP Team Leader and Operations Manager for USACE (US Army Corps of Engineers). Brian then continued high threat protection as a Risk Management Specialist for the DOS Mentorship Program at Camp Gibson in Afghanistan. Brian continued his training career as a DOD (military) Instructor under the African Contingency Operations Training and Assistance, which trains African military personnel on US military tactics and operations techniques. After this contract Brian moved on to the DOS Global Anti-Terrorism Assistance Program where they teach foreign national police and embassy security to protect diplomats. Brian was the Program Manager for the 2016 Dakota Access Pipeline Security in North Dakota where he managed almost 100 professional security operators for a new industry that had not been implemented. More recently Brian was commissioned as a sworn Tribal Police Officer for the Cayuga Nation. Brian has also completed his Master of Science in Homeland Security from Trident University International.